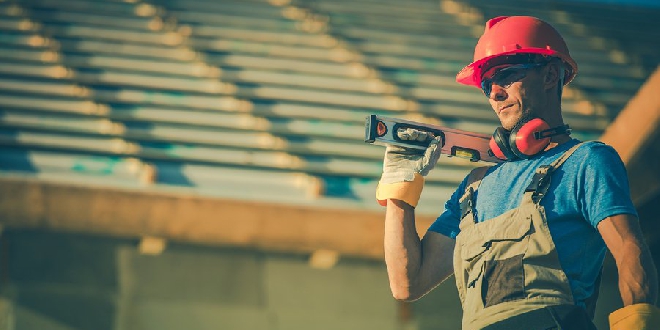 A building company has been fined $45,000 and ordered to pay $5000 in costs after a worker fell three metres at a construction site in Safety Bay.

Alcove Engineering & Construction Pty Ltd pleaded guilty to failing to provide and maintain a safe working environment for a person who was not their employee in the Rockingham Magistrate’s Court on Tuesday.

The company was engaged as the main building contractor to install a second storey on a Safety Bay home in late 2018.

They also used a number of subcontractors, including a carpentry company and a glass company that was to supply and install six double-glazed windows upstairs.

In January 2019, an employee of Alcove Engineering and a carpentry subcontractor went to the site to remove a 2.5m x 2.5m portion of the upper level mezzanine floor in preparation for the installation of stairs.

When the task was completed, the carpenter told the property owner he would fit an edge protection handrail to the void the next morning, before the glaziers arrived.

A tarpaulin was put over the void to stop the wind and rain from entering the lower level at the request of the owner, which was agreed upon by Alcove Engineering's site supervisor.

Between 7am and 7.30am the glaziers arrived the following morning to fit panes to the upstairs windows.

After the glass was brought up via the outside barrow ramp, one of the workers entered the upstairs sitting room and saw the tarpaulin on the floor.

There was no signage or other indication of an opening below, and no railing or other edge protection preventing access to the void.

The worker walked towards an open window in the sitting room and stepped on the tarpaulin, not knowing there was no floor beneath it, and fell around three metres to the concrete floor below.

He suffered severe injuries to his elbow and shoulder.

The carpenter arrived at the property shortly after the fall.

WorkSafe Commissioner Darren Kavanagh expressed his disappointment with another serious injury resulting from a fall on a construction site.

“Western Australia has had a Code of Practice for the Prevention of Falls at Workplaces since 2004, and this code provides practical guidance to effectively manage fall risks and should be followed in all workplaces where a risk of falls is present," he said.

“The code is almost 20 years old, so it would be reasonable to think construction industry employers and workers would be familiar with its requirements by now.

“It was a serious failing that Alcove Engineering’s site supervisor agreed to placing the tarpaulin over the void with no signage or other indication that there was no floor under it.

“It was practicable for the Alcove Engineering subcontractor to have fitted edge protection around the void, prevented all access to the second floor, both inside and outside, or to have erected signage to warn of the hazard.

“None of these measures were taken by the carpenter or ordered by Alcove Engineering’s site supervisor - unfortunate omissions that led to this worker suffering serious injuries that could have been far worse.

“Alcove Engineering had control of the workplace and of access and egress to the site, and the company failed to take any practicable measures to ensure the safety of the workers there.”