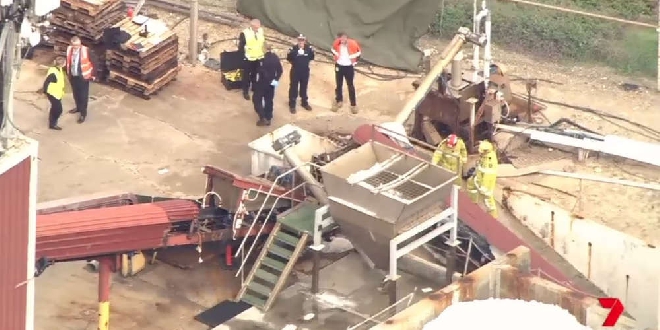 The worker died after getting caught in a conveyer belt. PIC: 7NEWS

An investigation is underway into the death of a worker at a salt refinery in North Coogee.

Emergency services were called to WA Salt Supply around 5.20am on Thursday after the man got dragged into a conveyer belt.

He died at the scene.

In a statement, WA Salt said staff were being offered counselling and they will conducting an independent investigation into the man's death.

“This is a devastating day for everyone at WA Salt, and our thoughts are with the deceased’s friends, family and colleagues at this extremely difficult time,” the statement read.

“Employee safety and wellbeing is our highest priority and counselling has been made available for all employees.

“WA Salt has also commissioned an independent investigation to determine the cause of the incident.”

WorkSafe Commissioner Darren Kavanagh said any work-related death was a tragedy, and relayed his sincere condolences to the man’s family.