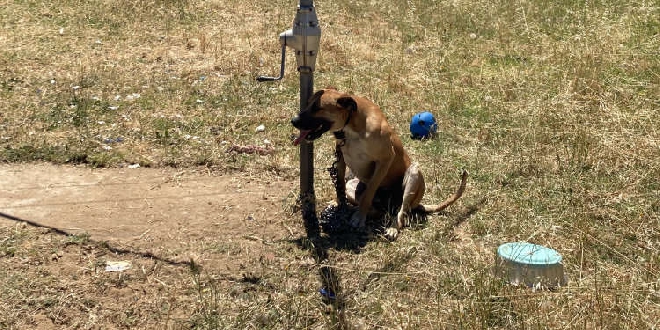 Mick was left tethered to a clothesline in the middle of summer. PIC: RSPCA WA

A 26-year-old man has been fined $3000 and banned from owning an animal for five years after leaving his dog tied to a washing line without access to shade or water.

The Bunbury Magistrates Court heard the RSPCA was called to the man’s property on December 23 last year by a City of Bunbury ranger who had seen an American Staffordshire crossbreed tangled on a chain attached to a rotary clothesline.

The RSPCA inspector attended the property; she entered the yard and saw the three-year-old dog, Mick, panting heavily and was in full sun with no water within reach.

He had a dry, red mouth and his tongue was hanging out.

The inspector noted that the chain used to tie Mick to the clothesline had tangled up upon itself, so it was just 50cm long.

Mick’s collar had also twisted tightly around his throat.

The inspector took Mick’s collar off and gave him some water which he drank excessively.

She then removed him from the property under the Animal Welfare Act 2002 and took him to a local vet who determined Mick was suffering from mild dehydration.

The offender later told the RSPCA he had chained Mick to the clothesline the night before on a chain long enough to reach a kennel and a water bowl.

Mick remained chained to the clothesline when the offender left for work at 5am the next day.

Inspector Manager Kylie Green said Mick had fully recovered and remained in the care of the RSPCA.

"Mick’s a happy, engaging dog and it’s awful to think of him stuck on such a tiny chain, suffering in the full sun without any water," Ms Green said.

"By the time the RSPCA was alerted to the situation and attended the property, Mick had been on that chain all night and nearly half a day.

"He’s a young energetic dog—no wonder the chain had tangled to such a short length.

"If you have no other alternative but to tether your dog, please use a proper tethering device and follow instructions."

The offender pleaded guilty to being cruel to Mick by restraining him in a manner that was likely to cause unnecessary harm; not providing Mick with proper and sufficient water; and not providing him with adequate shelter or protection from the elements as reasonably necessary to ensure his welfare, safety and health.

He was also ordered to pay costs and compensation totalling $233.53. 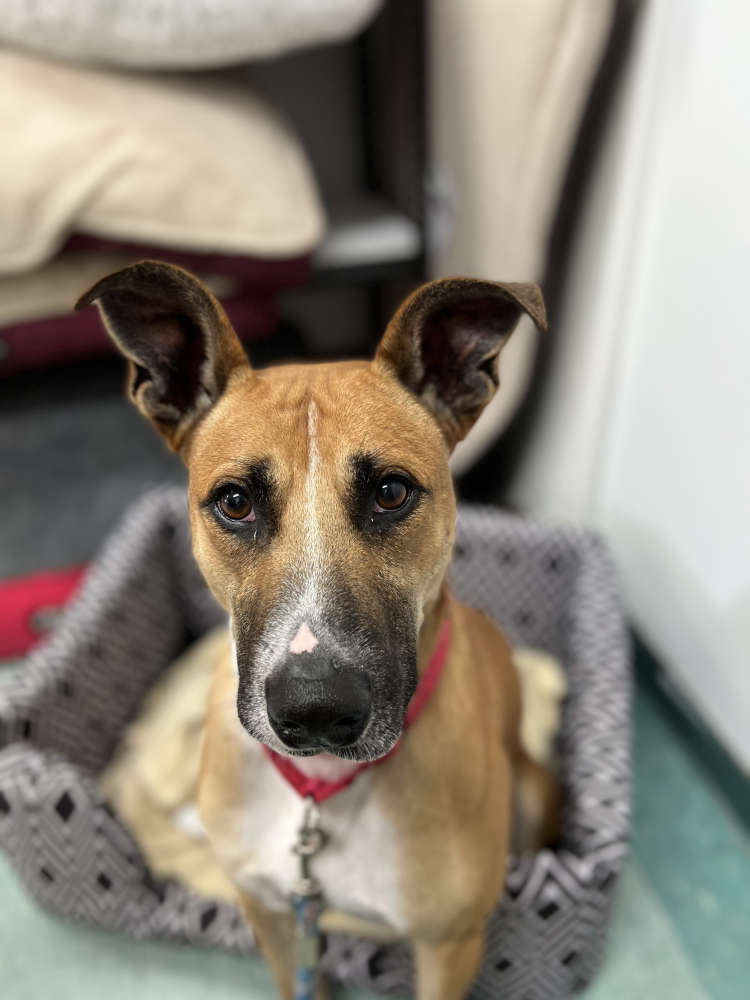 Mick remains in the care of the RSPCA. PIC: RSPCA WA